First and still the #1 in the World 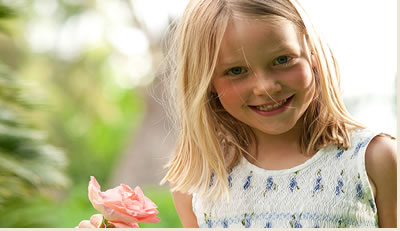 Smocking: an embroidery technique used to gather fabric so that it can stretch. Before elastic, smocking was commonly used in cuffs, bodices, and necklines in garments where buttons were undesirable. Smocking developed in England and has been practised since the Middle Ages and is unusual among embroidery methods in that it was often worn by laborers. Source: wikipedia

Back in the 1940’s Mrs Read was doing smocking the traditional way - picking up dots one by one on her needle.  Her husband, Stanley, an accountant by trade, decided to make a machine for her to simplify the process.   With the help of his brother, whose wife also did smocking, he set about inventing a pleating machine.  The inspiration for this machine came from the humble mangle with rollers which most households in those days used for squeezing the water out of the clothese after washing.  The ‘modern’ mangle of the 1940’s had four rollers in the pleating machine positioned all at the same level. 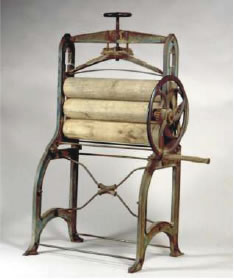 On several occasions Mr. Read’s brother James, a railway engineer, got into trouble at work when, instead of doing his work, he was found playing with mangles and rollers!  They decided to bend the needles to fit the curve of the rollers and finally, in 1947, they patented the modern pleater, with four rollers and curved needles.

After the death of the Read brothers, Mr. Stanley Read’s wife and eldest daughter, Sally, continued to run the company, until Mrs. Read gave it to her youngest son, Andrew, after he finished university.  In 1982, Sally and her husband moved to Durban and started manufacturing a new pleater, called the Sally Stanley.  This pleater became very popular in the market-place but production ceased when Sally and her husband retired a few years ago.

The early Read pleater was the small 16-row, which was subsequently followed by the larger 24-roller and 32-row pleaters in the early eighties.  The 32-row is still the only pleater of this size being manufactured in the world.

In 1999, Al & Ann Leenstra took over the Read Pleater company.  Although neither of them had any previous experience with pleaters or smocking, this soon changed after visiting some of the main distributors around the world.  They found that there were obvious improvements that could be made to the original range and after a comprehensive engineering exercise, the NEW 24/32-row pleater range was introduced in early 2003.  They also introduced the NEW 24-row Maxi pleater, with half spaces across the full width of the pleater and suplied with 47 needles.

In addition to the obvious pleating of fabrics for smocking purposes, Read Pleaters are now also being used for  SHIBORI (tie-dying) which demonstrates the versatility of the Read Pleater.

The full range of pleaters, a list of distributors plus instructional videos can be found on their website -
www.readpleaters.com. 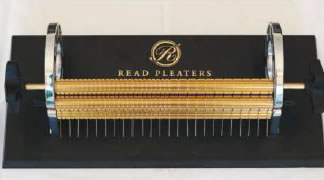 The newest version of the Read Pleater